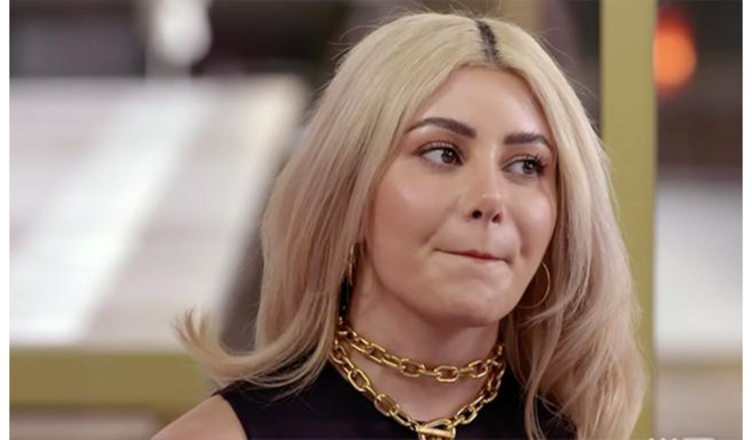 We saw what you did: Martha Kalifatidis feels the heat but dodges a firing on ‘Celebrity Apprentice’.

Of all the incalculably valuable business lessons embedded in the instructive silliness of Celebrity Apprentice 2021, the most searing of all was comedian Ross Noble’s valiant demonstration of just how right Kramer was when he decreed: “You don’t sell the steak – you sell the sizzle”.

Faced with the onerous task of transforming an “unsellable” pile of sand into a viable product he did a frankly astounding job applying the principles of rebranding and showmanship.

There was now a miniature model of the Sahara and bags of ancient sand suitable for casting curses.

Dubbing himself “The Sandman”, Noble sold the flea-market mystique like a master. People happily bought into the fun, knowing their hard-earned was all for charity and a few grams of magical sand.

It was a great exercise in salesmanship, with the cherry on top being the irritation inflicted upon eventual winner Shaynna Blaze. Her shrill protestations over Noble’s brilliance were rightly called out in the boardroom by Boost Juice founder Janine Allis, whose harsh words momentarily reduced Blaze to the size of a thimble.

Then there was the great dumpling challenge: the winning team had a crap product but earned more money by using low-brow pizazz to sell it, even though it was so sub-standard and over-priced that complaining customers were sending it back.

Still, they moved tubs of the stuff, all to the entertaining chagrin of their competitors, who had a better product but no cheesy gimmick. Even Sir Alan begrudgingly acknowledged how it was a hollow victory, telling the winning team that in the real world their business model wouldn’t have lasted a week.

After headlining 15 seasons in the UK, Sir Alan Sugar was the big drawcard here, and he stepped beautifully, dispensing criticism, judgment, a few golden quips and some very questionable moves with sharp-edged street smarts.

It was enjoyable watching how much he enjoyed having all these people essentially begging for his favour, happy to snipe and deride each other like cornered rats, all hoping to avoid being air-stabbed by Sir Alan’s index finger.

Still, as much as Lord Sugar – as he was invariably called by everyone, even Martha – likes to present himself as a hard-nosed, self-made British bulldog of business, there were instances that suggested he might be going a little soft.

Not firing anybody after the Boost Juice flavour contest was a novel twist, but showed a weak will, weakened even further when he later fired both Veronicas at the same time.

How great it would have been to fire just one Veronica and see if the other flourished or floundered without their sibling. A big opportunity missed, especially given how one of them seems less mature than the other.

And while we all knew they were petite, who knew the Veronicas were so tiny? Elated by a boardroom triumph they leapt onto Ross Noble, who carried them easily and without breaking into a sweat – something he seemed to do quite a bit during tasks, and especially when facing Sir Alan.

Despite the show’s intro the Veronicas didn’t play up their sexiness, with newly-blonde Instagram beauty queen Martha Kalifatidis taking up the slack with her eye-catching wardrobe and love of make-up, even noting at one point while editing a video how “quite stunning” she looked.

But it was model/Survivor winner David Genat who shamelessly used his looks, showing off his Adonis physique at every turn, including at a junk yard where his abs were deployed to weaken the resolve of the elderly female proprietor during a price negotiation. He even tried to out-sexy Martha’s blue-bikini-and-jeans outfit when his bus tour hit the beach. Alas, it was only Martha who scored international media coverage.

Self-confidence is one thing, smarminess another; the Jesus-bearded Genat happily sold himself as a seasoned TV show veteran with a love for mercenary, straight-to-camera strategizing. Thankfully, the guy’s gall didn’t get passed Sir Alan who clocked him early, called him out and sent him home.

The delight with which he did this was our delight: though not exactly a villain, Genat was easily the least likeable of the lot.

Martha, too, offset her easy-on-the-eye credentials with some pretty bitchy behaviour: thwarting the Veronicas access to a tradesman; being a kitchen diva during the dumpling episode; saying nasty things about pets – especially dogs. This was her downfall.

As savvy as Martha proved herself to be – contrary to Sir Alan’s expectations – that brave admission signalled her doom: lovely Martha would not, could not survive to the final boardroom because you can’t have a winner on a prime-time show like this who doesn’t like dogs. It’s that simple. And it is as it should be.

It also must be that we see lots of funny fails, and Celebrity Apprentice did not disappoint.
Amongst the most dire displays of cosmic ineptitude were:

* Genat not squaring away his Welcome to Country at the park;
* Martha handing designer Shaynna Blaze over to the other team for a task perfectly suited to her skills;
* Rob Shehadie’s clueless tourist guide to Sydney;
* Ross Noble guiding the ice cream van to a sporting venue that, instead of being crowded with potential customers, was closed;
* Camilla, Shaynna & Martha not thinking through a sleepover for kids that included breakfast.

That gaffe resulted in Ross and Josh kindly helping Martha out, showing her the kind of grace she had denied the Veronicas.

This came second to the sweetest moment when the freshly-fired Veronicas, having not raised a cent for their charity, were surprised by task winner Shaynna who gifted them a big share of money. It was the show’s classiest scene.

Least classiest – and, by far, the most controversial – came courtesy of Lord Sugar himself.

In the ice-cream contest Martha shamelessly broke the rules by roping in friends, including her boyfriend, to come buy massive amounts of expensive soft serves. Sir Alan deducted those “false sales” from the final amount, but her team was still given a win.

It was bulltwang, an obvious case of cheating that roused a furious online backlash. And it was on the money. Surely the team’s earnings should have been disqualified and Martha immediately fired.

Oddly, neither of Sir Alan’s esteemed advisors, Lorna Jane Clarkson and Janine Allis, addressed the issue or raised any concern (from what we were shown, anyway). The silence did them no credit.

“Another lesson learned. Honesty is the best policy,” Sir Alan quipped ironically after awarding Martha and Shaynna their victory. He even sent them off with: “Well done.” Huh? After calling them fraudulent? Perhaps Sir Alan is going soft.

Even after watching the whole show, it’s still hard to see how some of the contestants can claim celebrity status.

Weather girl Scherri-Lee Biggs was unimpressive (letting all those people wander by her during the Koala furniture challenge showed a resounding lack of interest); Olympic gymnast Olivia Vivian is still known mainly for Ninja Warrior; David Genat and Alex Hayes remain so low on the celebrity pyramid neither even has a Wikipedia page.

Production-wise Celebrity Apprentice was lavish and slick, its editing and seemingly endless angles suggesting a huge arsenal of cameras behind the coverage.

Having been in recess for six years, the show’s return drew broadly consistent ratings, starting and ending with around 700,000 viewers, suggesting that people watched the shebang from end-to-end..

Hopefully that’ll be enough to green-light another series, the main purpose of which will be to see whether Sir Alan Sugar continues to soften or – contrary to his claim that he is “no Mr Softee” – decides to double down and harden up.

The show is available on 9Now until December. A warning, though: you’ll have to put up with a lot of annoying ads.