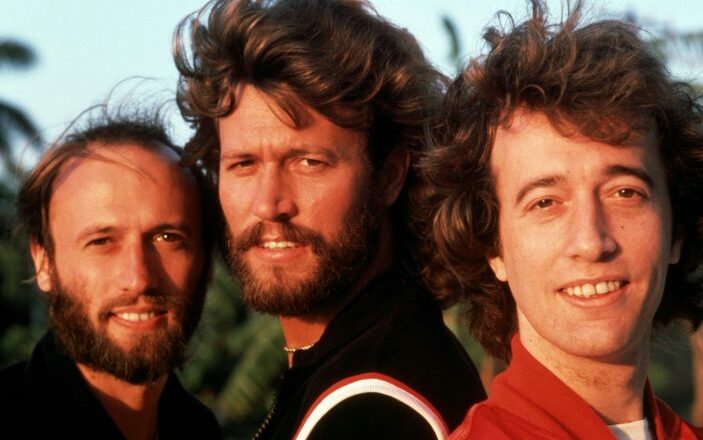 Too much heaven: Maurice, Barry and Robin Gibb in ‘How Can You Mend a Broken Heart’.

THE BEE GEES: HOW CAN YOU MEND A BROKEN HEART **** (107 minutes) M
From journeyman Hollywood director/producer Frank Marshall comes an outstanding, engrossing slow scan across the musical and cultural phenomena of the Bee Gees, three brothers – Barry, Robin and Maurice – whose songs shaped music culture and whose fame redefined celebrity.

Though Barry is the only one still living, archival interviews allow all three to reflect on their early life in Brisbane, their hard-earned rise in the UK and eventual world chart domination, which took their success to such a saturation point even they thought it was crazy.

Crazy and dangerous. As swiftly-paced as much of the film necessarily is, Marshall takes time to register how the Bee Gees became global stars so fast and to such an astronomical degree they did not know how to handle it.

They were the first to ride the crest of mega-fame so common today, and were thus the first to taste the bitter tsunami of backlash as people began reacting against the Bee Gees, purely for the sake of it – again, a trait all-too-common today. The footage illustrating this part of their careers has some eye-opening images.

It is, of course, impossible to shoehorn everything in, and there are segments that inevitably feel like mere catalogues of events in their astonishing careers. For instance, the story of brother Andy Gibb, while covered in some detail, could easily make a feature documentary on its own.

Illustrated with loads of archival footage, both public and private, and embellished with interviews from admiring artists (Noel Gallagher; Chris Martin; Eric Clapton, etc), Marshall has delivered one of the best documentaries yet about music, fame and the jagged life that can accompany it.

How Can You Mend a Broken Heart is easily the equal of such compelling portraits as Amy and Whitney, and should not only play to fans, but to anybody who has found themselves unconsciously singing and swaying along to one of their songs as it pipes out over the supermarket PA.