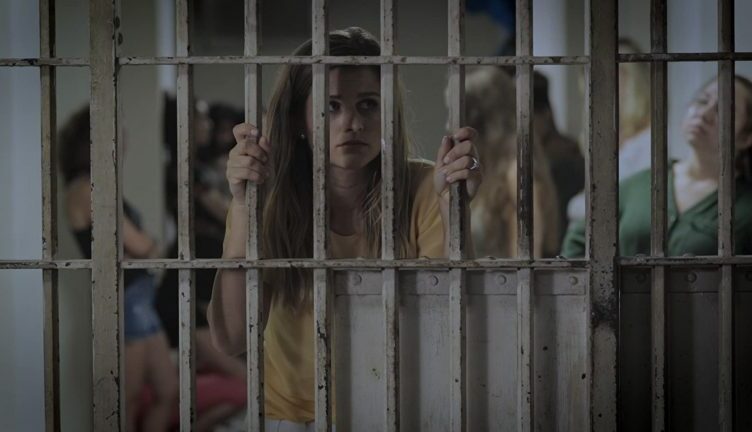 BATSH*T BRIDE *** (81 minutes)
Any romantic comedy worth its weight in over-priced wedding cake has at its heart a novel twist that brings life to the tried-and-true – and often tired – rom-com formula that has long been part of our collective cinematic DNA.

And the one at the core of the sprightly, silly Batsh*t Bride is a doozy.

Eager to make her big day as memorable as her mother’s, Heather (Meghan Falcone), an over-excited bridesaurus obsessed with detail, is taken to task by her friends for being too uptight, even for an event planner.

During her bachelorette night Heather is challenged over how her alpha-femme disposition has sucked the fun out of her.

Duly offended she plans to prove herself worthy of their respect by pulling off the mother of all April Fool’s Day pranks: over lunch she’ll hit her fiance Bryce (Josh Covitt) with the bombshell that she wants to call the whole thing off and end their relationship.

She delivers her punchline with characteristic candour but before she can say “just kidding” Bryce hits back, saying he agrees. For him it’s a huge relief. For Heather, it’s a reality check the size of her ego.

Naturally, Heather goes into deep shock. Suddenly stuck in an emotional tornado of her own making, she now has two iron girders pressing down on her slender shoulders. 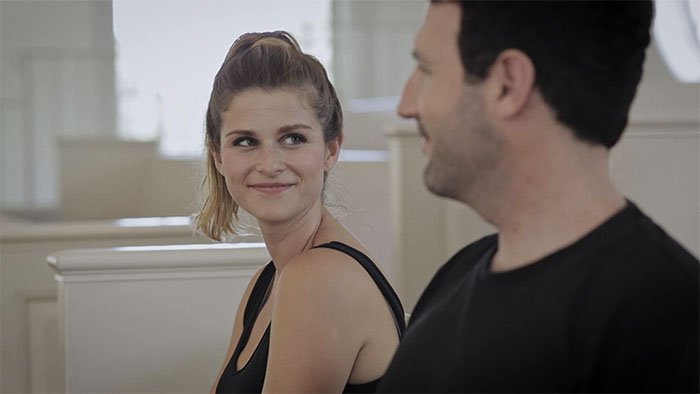 The key to making such a gloriously implausible premise work, of course, is pace and, for the most part, writer/director Jonathan Smith keeps the comic complications ticking over quickly enough to keep you from thinking too deeply.

A host of quirky characters grace the grounds of the plush wedding venue, with the constant inquiries to Heather about what is going on adding a neat dash of comic tension to the chaos, which simmers nicely, but never reaches boil.

And there’s meaning to the madness. As Heather tries reconciling with Bryce while her comic nightmare spirals ever further from her control there runs a warm, implicit message about the difference between merely partnering up and truly letting somebody into your life. It’s a hard life lesson for Heather as she scrambles to unscramble the mess her hubris has caused.

Falcone is the vibrant, glowing centre of this ultra low-budget enterprise. Her performance aptly honours the most important value in marriage – commitment. Brimming with brio and frantic energy she makes up for many of the film’s rather obvious shortcomings.

Chief among these is the wildly erratic standard of performances from the huge supporting cast, which waver from rather good to, well, not very good.

The story also loses pace after the second act, which ends with an event that should have been the story’s finale. As one of the few romantic comedies not to feature a “meet cute” moment, the opportunity was there to have a major “end cute” moment.

Anyone who sees Batsh*t Bride and needs to be told that it’s an ultra-low budget enterprise needs to consult with an optometrist.

That the film harks from the outer rim of the low-budget movie world is as obvious as a bridal trail. While the film’s settings look fine there are some stumbles that stick out like a bad joke in a best man’s speech. Just one example is how the girls looks exactly the same at the end of the bachelorette night as they did at the beginning.

Still, there aren’t enough flubs to distract too much from what is a fun, funny wedding-gone-wrong lark that has its heart in the right place and a terrific performance at its heart.