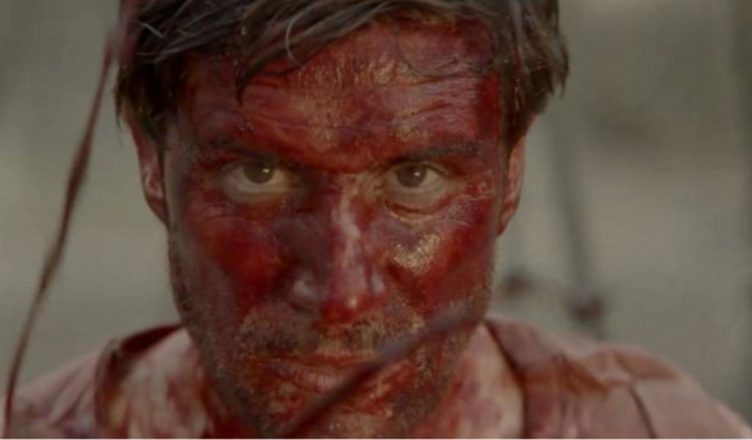 Altered state: A pastor (Michael Lombardi) has an epiphany of sorts in ‘The Retaliators’.

THE RETALIATORS *** (110 minutes) R
In The Retaliators, a nifty, blood-soaked, surprisingly story-strong throwback to 1970s exploitation cinema, hip small-town pastor John Bishop (Michael Lombardi) finds himself in a bit of a pickle.

When addressing his loyal flock he likes presenting himself as a solid, standard-issue, off-the-shelf Christian who subscribes to the “turn the other cheek” mode of living.

His thinking changes somewhat after his eldest daughter Sarah (Katie Kelly) is murdered following a chance encounter with a local bad guy (Joseph Gatt) while he’s in the middle of doing some bad business.

Stricken with grief and hungry for revenge, it’s now “eye for an eye” as he tries finding out who the culprit is. So too is friend and local plod Jed (Marc Menchaca), whose tragic backstory makes him understand just how the good pastor feels. And maybe there’s something he can offer that might help him deal with his trauma.

All revenge yarns like a good twist or two, and the beauties here serve the film’s exploitation roots fabulously, providing plenty of excuses for the cathartic violence mandatory in the horror-thriller genre as well as toying with some thorny themes about the contradictions of human nature.

We can all act like angels when circumstances permit, the story posits, but can even the most decent person maintain their moral composure when things go dark?

Set present day, The Retaliators is an ultra-violent slasher film with a marked difference that manages to balance the excesses demanded by the genre with a reasonably solid crime drama narrative and some unsettling reflections about the temptations that can play havoc with a person’s conscience once an opportunity for revenge presents itself.

The Retaliators is in very limited cinema release on 14 and 16 September; it hits the stream on 21 October.