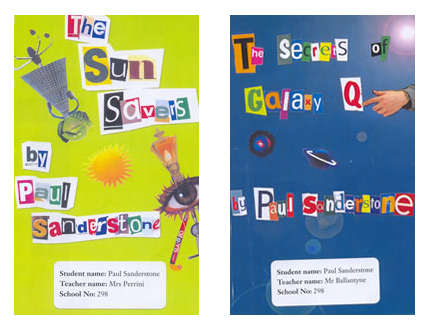 In The Sun Savers Paul sends a joke e-mail that is picked up by aliens. They think he and his friends are intergalactic rescuers and so get them to help make their mechanical sun shine again.

In The Secrets of Galaxy Q Paul writes his own movie screenplay about helping out some hapless aliens who have crashed into their schoolyard. Without knowing the first thing about flying a spaceship, Paul and his classmates take off and try saving the alien planet from being destroyed by a comet.

Both books were published by Thomson Learning as part of the 40-book 298s series for primary readers.