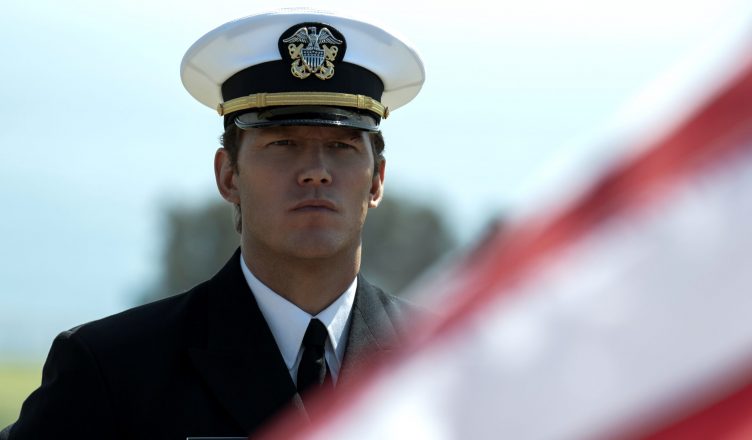 THE TERMINAL LIST ***1/2 (seven hours, 42 minutes; eight episodes) R18+
whole series review
You’ve got to hand it to disgruntled special operations SEAL James Reece (Chris Pratt). When he exacts revenge on those he holds responsible for wiping out his platoon he doesn’t bother with half measures or quick executions. He likes to draw things out in ways that will make even the most hardened viewer wince.

Thankfully The Terminal List isn’t all action, even though there is lots of it, all extremely well-staged, with considerable tension hard-wired in to the chases, firefights and explosions as Reece works his way through the death list he has scrawled on the back of drawing by his young daughter.

Some pretty solid drama anchors this sterling, sleekly plotted, surprisingly thoughtful thriller, based on the book by Jack Carr (also a producer, with Pratt). It’s evenly paced and designed to draw you into the search for the truth and into Reece’s mind as the effects of post-traumatic stress disorder eat away at him, inflicting disturbing flashbacks and mental instability tht his regimen of pills can’t quite suppress.

Running parallel to Reece’s operation, which he designs with his loyal rogue CIA buddy Ben (Taylor Kitsch), is the dogged, dangerous investigation by Katie Buranek (Constance Wu) who digs deep and at great personal risk to get to those who can reveal what happened to Reece and his team on the battlefield.

Consequently, as she navigates the captivating plotline involving high-level malfeasance, we find ourselves spending much time in gleaming corporate chambers and ornate offices as the details of the backstory slowly unravel a world away from Reece’s bubble of guns, bombs and desire for deadly revenge.

A choice, adults-only thriller-drama The Terminal List is another marker of how successfully Chris Pratt has evolved from being the hilarious klutz on the hit comedy series Parks and Recreation to the credible action hero in the Jurassic World trilogy, The Tomorrow War and Marvel’s Guardians of the Galaxyfilms.

As the powerfully motivated, deeply troubled Reece, Pratt brings to his angry angel of vengeance a fragile underside that cuts into the righteousness of his actions.

After the decisive action he takes on the streets of San Francisco in episode five, Reece spends all of episode six – expertly directed by Tucker Gates and Sylvain White, respectively – in a cross-country trek while being pursued by a high-tech team of FBI agents.

It’s essentially a terrific and prolonged action sequence, yet what makes it really click are the glimpses into Reece’s tenuous state of mind that question whether his quest for justice might be pushing him to a place from which he can’t return.

After all, by this point we’ve seen how Reece’s capacity for mercy can be somewhat selective. It’s some character arc.