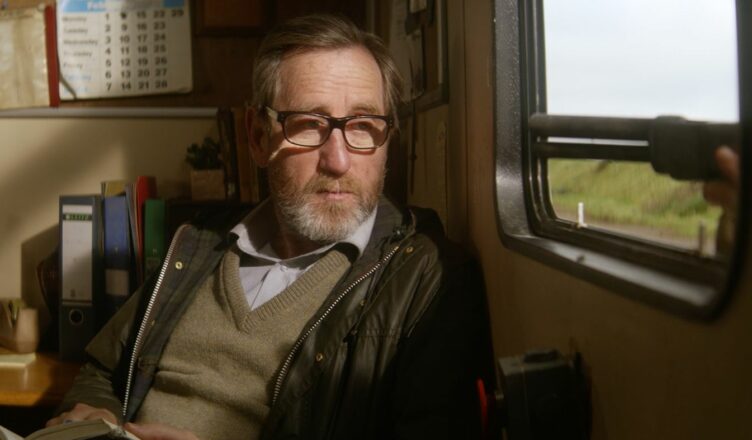 THE TOLL **1/2 (82 minutes) MA
In a lonely toll booth on a featureless moor in a remote, coastal corner of Wales sits Brendan (Michael Smiley), a curmudgeonly, taciturn attendant seemingly happy to be living the most boring life imaginable.

Being out here on his own seems to agree with him. He can quietly read his book, munch on a sandwich and be bothered by nothing and nobody other than the occasional driver as they pay a few pence to go from nowhere in particular to nowhere at all.

As Fate would have it, an old acquaintance happens upon Brendan who informs him with a delighted cackle that his days are now numbered now that a whole string of people who have been looking for him for a long time will shortly know exactly where he can be got at.

From being safely ensconced in the middle of nowhere, Brendan suddenly finds himself at the centre of the universe as the toll booth becomes the point where a swag of criminal activities now intersect.

Told in flashback as Brendan explains his very busy day to the baffled local plod Catrin (Annes Elwy), the story unfolds as an amusing, mildly diverting crime comedy graced with a standard raft of eccentric characters, nice shots of the desolate landscape and spurts of sudden violence.

Swiftly dispatched by director Ryan Andrew Hooper from a screenplay by Matt Redd (both feature first timers), The Toll shapes up as a fine, modestly engaging, low-key crime ditty, though it does become a bit too self-consciously quirky for its own good.

Let that be a warning to comedy filmmakers everywhere to forever be battle-ready to ward off the presence of the Elvis impersonator, a comedy relief cliche that simply refuses to die.

Screening at the Nova and Classic cinemas