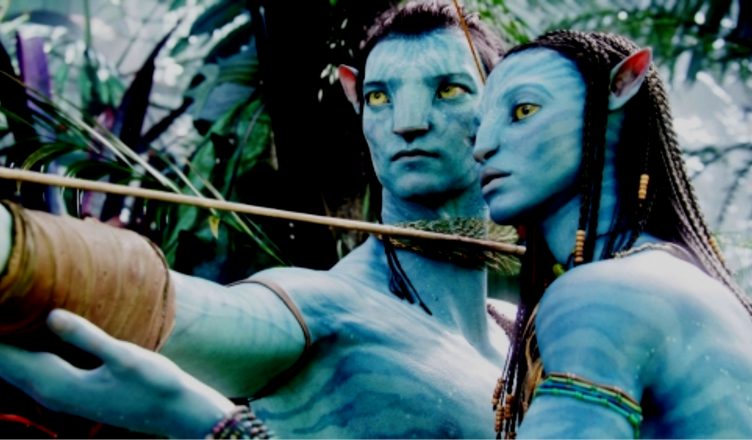 AVATAR *** (164 minutes) M
It’d be a rare egg indeed who hasn’t seen Avatar multiple times since its release in 2009, either on TV or disk, some of which might well have been plucked from the DVD shelf of a second-hand shop and purchased for $2.

Yet here it comes again, re-released after a meticulous remastering, presumably to warm us all up for the long-awaited string of four Avatar sequels scheduled to unspool before us over the next six years, the first being Avatar: The Way of Water due in December.

As almost everyone on the planet knows by now, the eco-friendly story of Avatar takes place in 2154 on the stunningly rendered forest planet called Pandora.

The place is also lousy with a hugely valuable resource called Unobtanium, which has attracted the interests of a giant corporation, complete with its own heavily armed security army.

Efforts to make nice with the Na’vi have stalled, with one human-hating tribe inconveniently living inside a giant tree that happens to stand on top of a rich deposit of Unobtanium. They call the place Hometree. The Corporation calls it In The Way.

To win their trust and hopefully persuade the Na’vi to move, former marine Jake Scully (Sam Worthington) is sent in.

A paraplegic, he’s put through a miraculous process that allows him to inhabit a specially cloned Na’vi body, which he controls while lying in a pod.

Though providing valuable intel to the security boss (Stephen Lang) that will help plan an increasingly likely attack on Hometree, Scully forms a bond with the Na’vi, particularly with Neytiri (Zoe Saldana), a fierce female warrior deadly with a bow and arrow.

He comes to love her and the relationship the Na’vi people have with nature, a connection that is both spiritual and physical, literally plugging the tentacled tips of their braided hair into dragons and six-legged horses.

So, when the corporation’s megalithic bulldozers come crashing through the forest, Scully’s allegiance switches and he helps the Na’vi battle his former employer when they come a’callin’ with their bombers and heavily armed helicopters.

For those who have only seen Avatar in the home setting, the re-release is a grand opportunity to experience the film as writer/director James Cameron intended, far away from compromising elements of ambient light, everyday noise and interruptions from telephones, doorbells, crying babies, coffee breaks, email pings and so forth.

It’s also a chance for the filmgoers who saw the film on its initial release to gauge how well the film stands today, both visually and storywise.

Re-seen on a big screen in 3D, the film certainly looks magnificent – more magnificent, in fact, that it did the first time around.

The images have been buffed up and the 3D – judging by the Melbourne Central preview on Tuesday night, at least – is flawless. Whatever flubs existed 13 years ago appear to have been ironed out. The detail is vivid, the use of depth masterful. Cameron’s vision is beautiful to behold – still.

Embedded into modern movie folklore is how Avatar was supposed to have ushered in a new era of 3D cinema back in 2009. The film was an enormous box office hit – taking around $3 billion – yet the 3D revolution did not take hold.

There was a rush of 3D films and some were terrific, such as Life of Pi and Final Destination 5. Even Cameron’s 1997 world-conquering Titanic was reprocessed as a 3D event.

Alas, most 3D films were forgettable and failed to improve on their 2D versions.

The misfire had many causes. The added ticket price, glitches in projection, “ghosting” (where multpile images appeared to those not sitting dead centre) and reports that the process was both irritating to restless children and headache- inducing saw 3D fall out of favour.

For all the talking up by industry heavyweights such as producer Jeffrey Katzenberg, who championed 3D as the future of cinema, it didn’t sell.

Put simply, and brutally, the new-fangled, much-hyped 3D was simply unable to shake its stigma as a gimmick, a tag that has followed the process since its faddish popularity in the 1950s and 1960s when it was one of a number of devices deployed to trick-up cheap monster movies to lure audiences away from the magnetism of their newly purchased TV sets.

Still, when done properly by a director who knows he’s shooting for 3D, a film can take on a splendour unmatched by any other format.

On that score, the re-release of the reprocessed Avatar is a triumph. It probably won’t trigger a widespread return to 3D, but it demonstrates now, as it did in 2009, how visually immersive a film can be.

Certainly, the digital animation and motion capture work remain unsurpassed by anything we’ve seen since, including all those superhero films. It certainly generates a lot of positive vibes for what the Avatar sequels will deliver.

All that said, the re-release is not a “director’s cut”; there’s no added footage or tweaks to the story. The film still contains all the holes, cliches, caricatures, green politics and cringe-worthy tree-hugging sentimentality that grind against its visual power.

Just as the visual power of the film stands so, too, do the criticisms of the story’s simplistic themes – nature good; technology bad – and its strong thematic similarity to the animated films Pocahontas (1995) and FernGully: The Last Rainforest.

The film’s emotional story strands were said to have accounted for Avatar’s huge popular appeal, especially among women.

Yet it remains regrettable that the corporate and military “bad guys” of Avatar – played by Giovanni Ribisi and Stephen Lang, respectively – are such easily dismissible, heavily cliched caricatures while the Na’vi people are all faultlessly noble.

Certainly, nobody who subscribes to a Woke mindset will have any issue with Avatar, which planted its flag as the biggest, most popular, most expensive woke film ever years before the term was invented. Talk about being ahead of its time.

That Ribisi and Lang reprise their characters in the Avatar hopefully points to a more nuanced, morally complex presentation, moving them from caricatures to characters.

One also hopes the dramatic grit Cameron infused into The Terminator, Aliens, Terminator 2 and – let’s never forget – The Abyss will find a place in the Avatars to come.