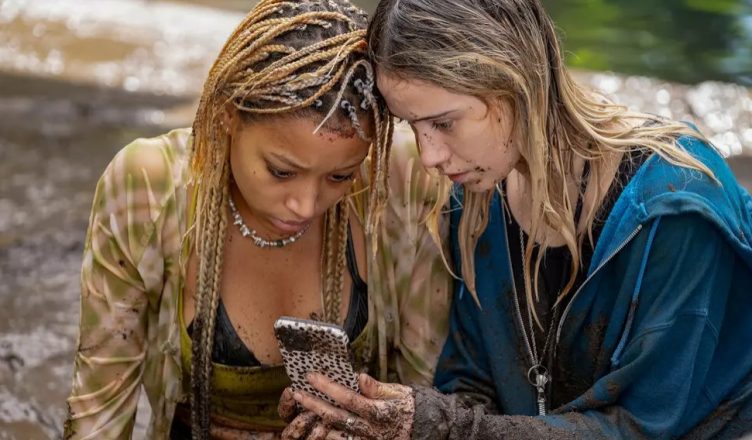 BODIES BODIES BODIES ***1/2 (94 minutes) MA
To jump straight to the point: Bodies Bodies Bodies is fun fun fun and very well done, a horror comedy that embeds a snarky streak of humour across a tightly directed spookfest that drips with threatening atmosphere.

Proficiently directed by Halina Reijn (from a screenplay by Sarah DeLappe based on a story by Kristen Roupenian), the sporadically blood-splattered tale finds five social-savvy, device-loving Gen Z girls visiting an attractively isolated mansion – as they always are in these set-ups – to partake in a party deliberately timed to take place during the onset of a hurricane.

There’s lots of drinking, cocaine snorting and mushroom ingestion before the increasingly storm-swept evening settles down into a game where one of the participants pretends to have murdered someone when the lights are turned off.

As you are perfectly entitled to expect, that’s just asking for trouble, especially when the storm takes out the power leaving the girls to rely on their devices for light as they try figuring out who’s responsible for severing the jugular vein of one of the party guests.

As the storm slashes at the windows the deadly scenario escalates from a frantic whodunnit to a panicky who’s-doing-it, the girls begin turning on each other.

The rising tension is laced with straight-laced exchanges and lines that are very funny but that don’t break the creepy ambience, a very tough task to pull off.

And though Bodies Bodies Bodies is set present day, with lots of hip banter about podcasts, the internet, Tinder, online chats and so forth, the techniques deployed to maintain the creeps are strictly old-school, especially when it comes to the wily use of darkness.

As for influences, the spirit of Alfred Hitchcock runs through the film, not so much for the distinctive manner in which Reijn generates suspense, but in the way the film uses humour as a plot device rather than as comic relief.

Fusing frights in with the funny is a difficult task to pull off, yet the mix works wonderfully in this terrific, tight little horror comedy that puts a fresh spin on the age-old notion of damsels in distress.