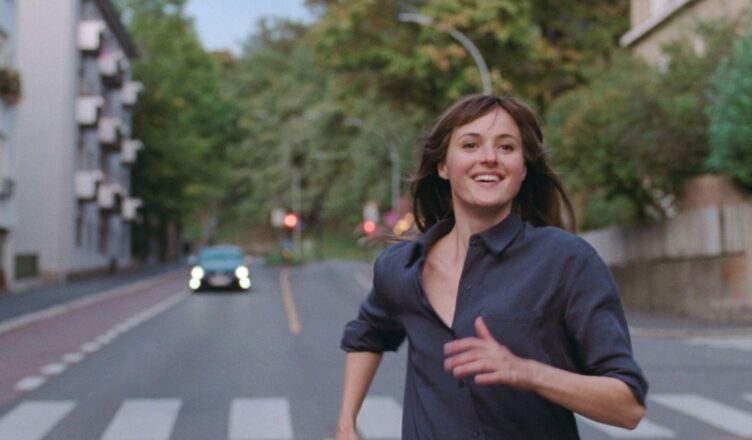 Running for love: Renate Reinsve stars in ‘The Worst Person in the World’.

THE WORST PERSON IN THE WORLD ***1/2 (128 minutes; subtitled) MA
The unpredictable, perilous nature of desire, lust and love is brought to bear in Joachim Trier’s carefully woven drama about Julie (Renate Reinsve), a Norwegian woman who thinks she knows her own heart but is taught otherwise by the happenstance of life.

Told in 12 chapters of wildly unequal lengths, we find Julie as an intelligent, if flighty young woman living in oh-so-modern Oslo who is trying to find her bearings, while indulging some of the off-centre aspects of her nature.

For instance, while walking home from a social event she sees a party in progress and blithely decides to walk in and begin mingling with strangers.

In the midst of her successful wedding crash she falls into a deep, dangerous discussion with handsome stranger Elvind (Herbert Nordrum) about infidelity.

It’s not just a big topic for Julie; it’s central to her search for emotional stability and emotional equilibrium.

She’s taken up with the much older Aksel (Anders Danielsen Lie), a comic-book artist we have gotten to know and who appears to be, by any fair measure, a thoroughly decent guy who doesn’t deserve to be cheated on.

Julie has stepped up to the line: the tension that burns through the film like a lit fuse is whether she’ll step over it. Can she steel herself against temptation or will she fold to the command of her sexual impulses?

There is some playful irony in the film’s title; while Julie is not certifiably awful, she is one of those morally dubious types who tinkers with the notion of having it both ways.

Though the film is not a rom-com in the traditional sense – something that hasn’t stopped many from mis-labelling it as such -Trier applies liberal splashes of humour, mostly aimed at the peccadillos of contemporary culture.

There’s a lovely swipe at mansplaining, feminism and at one point Julie pens an internet-famous essay called Oral Sex in the Age of #metoo. One can’t help but wonder whether that marvelous line was on the short list of possible titles for the film.

Bravely dancing in the face of the film’s realistic tone are a handful of very well-judged moments of fantasy and magic realism, including a time freeze sequence that is truly memorable.

Overall, though, The Worst Person in the World is an arresting, high-end romantic drama spiced by a novel presentation, soundly anchored by a terrific, load-bearing central performance by Renate Reinsve.

In her portrait of a confounding woman who doesn’t quite know her own heart, Reinsve pulls off the singularly difficult feat of making you feel for somebody you might not otherwise share an elevator with.