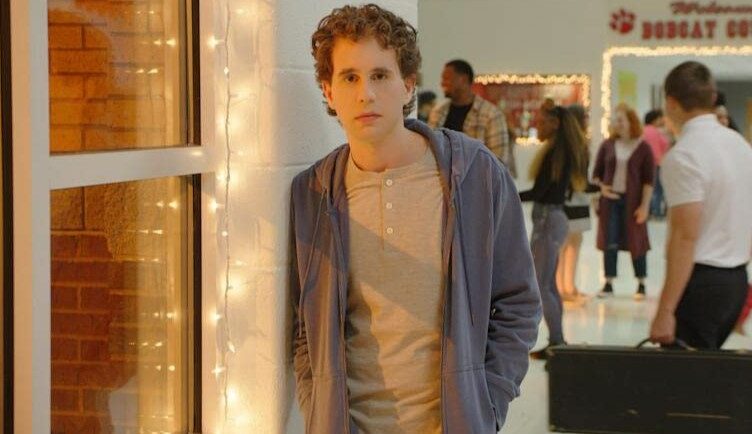 DEAR EVAN HANSEN ***1/2 (137 minutes) M
A sizeable roster of tough topics are handled with sensitivity, a high degree of emotional intelligence and some terrific, story-propelling songs in Dear Evan Hansen, a big-screen adaptation of the Broadway musical drama that debuted in 2015 to a tsunami of critical praise and sell-out sessions.

The film faces off with some hard issues about teenage anxiety, depression and suicide through the nebbish, anxiety-ridden character of high schooler Evan Hansen (Ben Platt, reprising the role he played to acclaim and a Tony award on stage).

In the hopes of raising his rock-bottom self-esteem, Evan has been instructed to write letters to himself each day. Through happenstance one such letter finds its way into the hands of Connor (Colton Ryan) a similarly alienated teen with whom Evan has a fleeting connection.

When Connor takes his own life, Even’s letter to himself is found with Connor and is promptly mistaken for being a suicide note written to Evan.

Too weak-willed to tell the truth to Connor’s grieving parents (Amy Adams & Danny Pino), Evan leans in to the deceit with a what-could-possibly-go-wrong naivete. This involves faking an entire friendship with Connor – a risky and deeply unethical endeavour but one he deems worthwhile as it will get him closer to Connor’s sister Zoe (Kaitlyn Dever: Dopestick;

Matters predictably spin out of control, though in a most unpredictable manner as Evan embroiders his web of lies, building a legacy of friendship for somebody he only knew for a few minutes; he’s also dealing with his ragged home life as his financially strapped, hard-working mum (Julianne Moore) struggles holding things together having been abandoned long ago by Evan’s deadbeat dad.

As with all good musicals, the array of thoughtfully composed songs inform character and story, and director Stephen Chbosky (The Perks of Being a Wallflower) offsets any outbreak of sweetness and light with well-aimed doses of dramatic salt.

To wit, the flowering of positive online energy as they distill all the positivity they can from the tragic circumstance of Connor’s suicide inevitably reverses polarity when a confidence is betrayed.

It makes for a piercing, ever-timely, all-too-true illustration of just how fickle the online hive-mind can be. One minute it’s all love and support, the next it’s all bile and hatred, typically directed at the wrong targets.

The friendship fantasy at the core of the story pokes into some dark corners about Evan’s psychological state and the issue of teenage mental illness, allowing the film to deliver several sound punches about the conflict between the importance of honesty and the power of lies.

Platt does a splendid, spirited job in the lead, heading a bright cast that blends newbies with veterans; how pleasing it is to see Amy Adams and Julianne Moore sharing a frame.

The film has not matched the success of the stage musical, and the critical reception has been hostile and abrasive – but don’t let that put you off.

Oddly, there have suddenly been a lot of quibbles about the 28 year-old Platt playing a teenager, even though he was similarly “over-aged” when playing the same role on stage. Make sense of that if you can.

Dear Evan Hansen is a touching, highly engaging, very well photographed musical drama with a topicality that is likely to endure given the added amounts of stress teenagers have to deal with as we forge on through the travails and growing uncertainties of the 21st century.

If you or somebody you know is in need of help or support regarding any of the issues mentioned here please contact Lifeline on 131114.