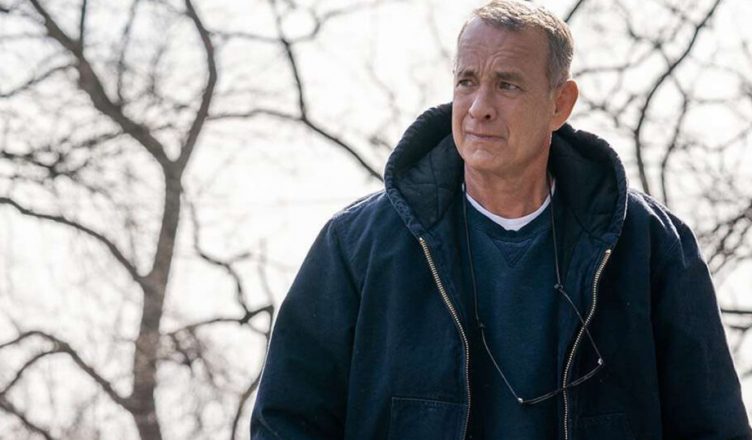 A MAN CALLED OTTO *** (126 minutes) M
As the titular curmudgeon in the bittersweet-hearted comedy/drama A Man Called Otto Tom Hanks plays on his career-spanning everyman appeal as a loveable grump who has had it with life, now that it is without a wife, a job or much purpose, other than to enforce the rules of the small residential development where he lives.

Otto’s plans to suicide are side-tracked by the arrival of new neighbours Tommy (Manuel Garcia-Rulfo) and Marisol (Mariana Treviño), with whom he forms a begrudging bond, chiefly because she refuses to put up with his cynical bluster.

Closely following the emotional contours of the 2015 film Swedish A Man Called Ove (based on the 2012 novel by Fredrik Backman and with a top performance by Rolf Lassgård), it’s a warm, uplifting, largely predictable tract, bolstered by terrific support from Treviño and anchored by Hanks’ winning central performance.

Like The Grinch, Ebenezer Scrooge and Walt Kowalski (Clint Eastwood) in Gran Torino, Otto is a character whose disgruntled disposition is predicated on the hope of positive change. There’d be no point otherwise. So, the film falls neatly in line with the traditional depiction of the Grumpy Old Man. (Come to think of it, Grumpy Old Men with Jack Lemmon and Walter Matthau also fits into the pattern.)

You really get the sense that Hanks is swinging for an Oscar here, an accolade that has been curiously overlooking his exdemplary work of late.

Granted, he was nominated for his sterling work in A Beautiful Day in the Neighbourhood.

Strangely, though, he didn’t get a nod for his portrayal of Washington Post editor Ben Bradlee in The Post, as Walt Disney in Saving Mr Banks or for his excellent leads in News of the World or Greyhound.

Bizarrely, Hanks didn’t rate Oscar attention for his stellar work in Captain Phillips or, most egregiously, for his acclaimed performance as Captain Chesley Sullenberger in Clint Eastwood’s Sully.

What gives? Who knows. But if Hanks is sidelined yet again when the nominations are announced on 24 January it’ll be some anomaly. Perhaps there should be a Twitter campaign: #WhereIsHanks

THE FABELMANS **½ (151 minutes) M
Much as we adore Steven Spielberg for all that he has bestowed upon us across his brilliant career, the fictionalized, semi-biographical account of his pre-Hollywood life he presents in The Fabelmans is more of a rambling time chewer than an engrossing profile of the formative years that produced one of the world’s premier filmmakers.

After seeing his first movie on the big screen – The Greatest Show on Earth – young Sammy Fabelman (Gabriel LaBelle) becomes infatuated with making films with and about his friends and family. With his little Western film he discovers the holding power of film, while his home movies prove how film can uncover hidden truths.

Performances are strong, especially from Paul Dano as the father and Michelle Williams as Sammy’s flamboyant mum, whose amorous nature hints at something askew in the otherwise happy family. Seth Rogen puts in good work as a supportive uncle.

As the family considers a major move, the film doesn’t really have much narrative drive; it’s the quality of Spielberg’s direction that holds your interest, even though the anti-Semitic themes in the film’s second half are a tad heavy-handed.

Spielberg elicits some nicely nuanced performances from supporting characters, with Chloe East putting in a rich turn as Sammy’s high school girlfriend and director David Lynch turning up for a memorable cameo as director John Ford.

While the film has received wall-to-wall plaudits from critics, The Fabelmans hasn’t managed to connect with audiences, supporting the case that the film, for all its homely charms, is overrated. Dare one say the story is too thin for a film this long and might have worked better as a straight-to-stream endeavour.

What we surely want is a proper, fully auto-biographical film about Spielberg’s real-life adventures in Hollywood as he negotiated his way through mass-market hits – Jaws, Close Encounters, Raiders, ET, etc – to his more “mature” phase, making films such as Schindler’s List, Munich (perhaps his most underrated film), A.I. and Saving Private Ryan.

And the title? Spielberg by Spielberg. You can hear the ticket sales from here.