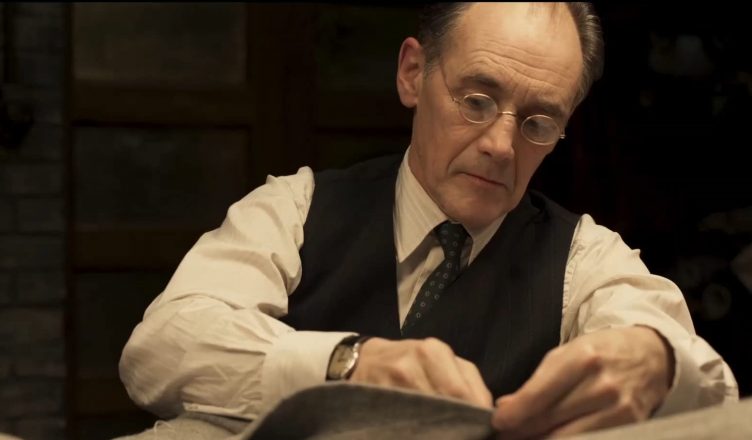 A stitch in crime: Mark Rylance plays Leonard the cutter in ‘The Outfit’.

THE OUTFIT ***1/2 (105 minutes) MA
Hot on the heels of his marvellous performance in Phantom of the Open, British actor par excellence Mark Rylance engages us with another top-tier turn as deceptively diffident tailor Leonard Burling in The Outfit, a playfully mischievous, tautly plotted crime thriller.

Proficiently directed by Graham Moore (Oscar-winning screenwriter of 2014’s The Imitation Game), the soiree takes place in Chicago, circa 1956, across one night in the cozy little shop where Leonard quietly makes high-end apparel for his loyal customers, which includes a host of fashion-conscious wiseacre gangsters.

With his assistant Mable (Zoey Deutch), Leonard finds himself in the middle of a flashpoint between rival gangs, with much fighting, gun pointing and bloodshed.

Replete with a host of enjoyable plot contortions, the pace speeds up from a standing start as the layers of truth about what is going on in Leonard’s little shop are deftly peeled back, leading to a surprising, satisfying finale.

The film probably would have been terrific anyway, but Rylance anchors the whole thing with a richly nuanced performance that really does demonstrate something very real about first impressions.