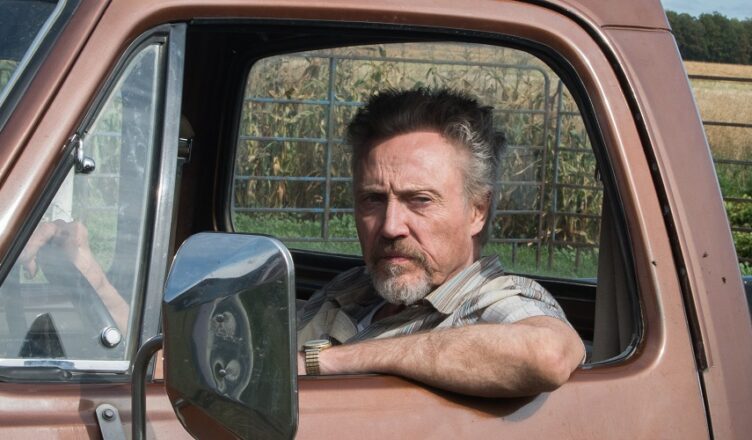 PERCY VS GOLIATH *** (99 minutes) PG
Another week, another anti-corporate drama.

In the wake of Crisis and Minamata comes yet another good-vs-greed punch-on based on a true story and championing the fortitude and resilience of those honest, hard-working people who corporations like to step on in their quest to deliver value to their shareholders.

With his unmistakable don’t-mess-with-me attitude, Christopher Walken (who also served as executive producer) plays Percy Schmeiser, a weathered, locally loved Canadian canola farmer who receives a letter from biotech behemoth Monsanto telling him matter-of-factly that his seeds are in violation of their copyright.

An angry visit to local lawyer Jackson Weaver (Zach Braff from Scrubs) straightens out what is happening, and it makes him all the angrier.

While Percy has stuck to a strict regimen of collecting and using his own seeds, neighbouring farmers have been sowing genetically modified seeds from Monsanto that are resistant to weed killer. These seeds have been drifting over to Percy’s land, meaning his crops have been benefitting from Monsanto’s valuable gene modification.

So, as always happens in these films, the heartless money-loving multi-billion dollar corporation tells the little guy with financial issues to cough up. And, again according to the narrative template, the little guy pushes back, protesting violations of decency, fair play and common sense.

The film shares with Minamata a rather ham-fisted, melodramatic approach, a feature that is hammered further by the appearance of feisty activist Rebecca Salcau (Christina Ricci).

She is big on Green politics and corporation bashing and sees in Percy a credible mouthpiece for her agenda. Without malice but with a self-serving streak she seems oblivious to, Rebecca sets about training Percy into a polished speaker and media performer. This doesn’t sit comfortably with him at first, but he adapts for the sake of his farm, which has been in his family for generations.

Added personal tension kicks in as his growing profile and public speaking obligations take him away from his loyal wife Louise (Roberta Maxwell), who is not as healthy as she looks.

A clutch of strong lead performances from Walken, Ricci and especially Braff – who does a swell job as a meek, small-time legal hack pushed into the big time – help lift what could have been a mediocre power fister about big business baddies.

Instead, Percy vs Goliath turns out to be a nifty, strong-willed little number about the little guy who refuses to blink, even when the titan trying to stare him down has bottomless pockets to draw on and lawyers who are trained to kill.