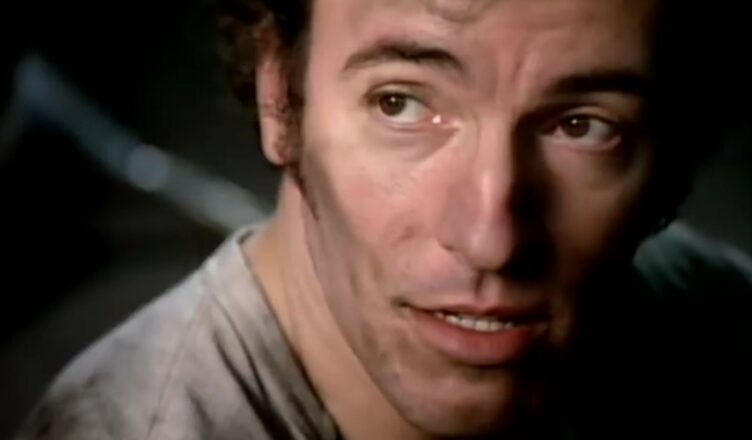 For the furnace: Could Bruce Springsteen’s haunting classic survive a woke purge?

The news that The Rolling Stones are going to put their classic 1971 song Brown Sugar on ice because of problematic lyrical content will surely see loads of other classic songs targeted for termination.

So stoke up the woke furnace. Here’s a quick list of strong contenders for cancellation, set to be expunged from DJ playlists all over the world as they are cleansed from pop culture – forever and for the good of all.

Fire (1978) The Pointer Sisters, a cover of the 1977 Bruce Springsteen song
We all know how it goes: I’m riding in your car; You turn on the radio. You’re pulling me close; I just say no. I say I don’t like it; But you know I’m a liar. ‘Cause when we kiss, oooh – Fire.
Sorry, girls. You know the rules. No means no.

I’m On Fire (1985) Bruce Springsteen
Hey little girl, is your Daddy home? Did he go and leave you all alone? Ooh. I got a bad desire. Oh oh oh oh I’m on fire. Sounds like predatory behaviour targeting a minor.

Young Girls Are My Weakness (1974), The Commodores
Yeah, but how young, exactly? Lionel Ritchie doesn’t say. So, best to assume the worst, especially if the young girl’s dad has to be out of the house before telephone contact can be made.

Some Girls (1979), Racey Sounds like innocent pop fluff – until: Some say they will and some girls lie.. Hey Racey, sounds a bit rapey.

Happy Birthday Sweet Sixteen (1961) Neil Sedaka
Is this a pop song or a groomer’s guide? Tonight’s the night I’ve waited for; Because you’re not a baby anymore. Then: I can’t believe my eyes, you’re just a teenage dream. Happy birthday, sweet sixteen. And what’s all that stuff about being her big brother? So wrong on so many levels.

Tonight’s the Night (1976) Rod Stewart
Ain’t nobody gonna stop us now Rod serenades to his scantily clad virgin child. If everything was kosher why would anyone want to stop them? Something stinks in this fox-and-lamb scenario.

Young Girl (1968) Gary Puckett & The Union Gap
Now here’s a man in a jam. With all the charms of a woman, you’ve kept the secret of your youth. You led me to believe you’re old enough to give me love. And now it hurts to know the truth. Classic victim blaming.

Into the Night (1980) Benny Mardones
She’s just 16 years old, leave her alone, they say. And they’re right, you degenerate. You also smoke in the video. Not allowed.

Justify My Love (1990) Madonna
Poor is the man whose pleasures depend on the permission of another. What, Madge? No signed consent form? Outrageous. Into the incinerator you go.

Jump in My Car (1975) Ted Mulry Gang
Objectifying women wasn’t OK then and it’s not OK now. A ditty for rape culture. The David Hasselhoff version must also be erased.

867-5309/Jenny (1981) Tommy Tutone
Jenny Jenny, you’re the girl for me; Oh, you don’t know me but you make me so happy.
How’s that? It’s because he’s a Peeping Tom who makes obscene phone calls, grateful that Jenny can give me something I can hold on to. Pervert.

Don’t Stand So Close To Me (1980) The Police Teacher has affair with female student and this girl is half his age. In the video Sting plays the teacher. He was 29 at the time, making his victim 14. That’s statutory rape, old chap. A song about abuse of male power and sexual subjugation. Into the furnace it goes.

The Other Woman (1982) Ray Parker Jr. Sorry, Ray. One life. One wife. As for makes me want to grab my guitar and play with it all night long. We’d like to introduce you to Tommy Tutone. Stick to Ghostbusters, you filth.

Smack My Bitch Up (1997), The Prodigy . Hey, that ain’t no way to treat a lady. This misogynist anthem has caused enough trouble, thank you very much. Out.

And just for good measure…

You’re Thirteen, You’re Beautiful, And You’re Mine (1978), Cold Chisel
Not a song, but the title of a live EP, a jab at how Jerry Lee Lewis married his 13 year-old cousin. You know, a joke. But woke says no. Into the furnace.