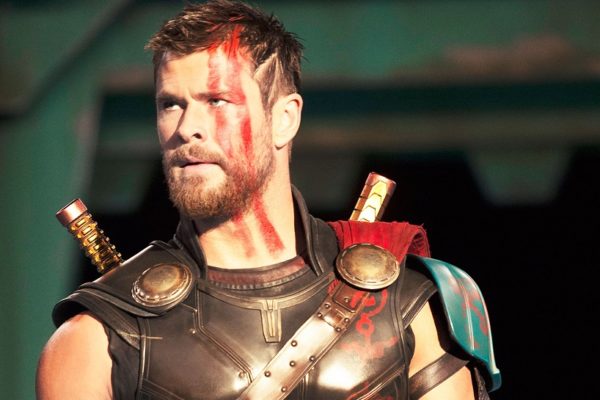 It’s a truth universally held though rarely discussed that if Marvel studios had announced that there would be no more stand-alone Thor movies nobody would really have, well, cared.

The first film was fine, the second was a bland out, so the prospect of only seeing Thor as a bit player in other Marvel films was much of a muchness. Seriously, who cared deeply enough about Thor, his naughty brother Loki, their dad (Anthony Hopkins) or the fate of their intergalactic home realm of Asgard to want to see more?

To that end, New Zealand director Taika Waititi (Boy; Hunt for the Wilderpeople) and his improbably buffed star Chris Hemsworth have deployed lashings of humour – some of it only noticeable to Antipodean audiences – to grease the cogs of yet another wind-up franchise vehicle. And, to their credit, they’ve done a swell job. The film is not only fine, mass-market, stand-alone entertainment, it’s easily the equal-funniest Marvel film yet – alongside Guardians of the Galaxy – and makes up for the thoroughly forgettable Thor 2.

More a superhero movie with jokes rather than an out-and-out comedy, Thor: Ragnarok is careful to deliver all those elements we expect: reels of big-scale action, wild chases, explosions, close-quarter fighting and an over-arching story about saving his world from enslavement.

Central to the mischief is Hela (a magnificent Cate Blanchett), Thor’s sister, who has returned from banishment to reclaim Asgard as her own.

While on their way back to face her, Thor (Hemsworth) and Loki (Tom Hiddleston) are thrown off course and fall into a weird realm run by an eccentric overlord (a scene-stealing Jeff Goldblum) who has a thing for lethal arena sports. Also, the Hulk (Mark Ruffalo) is there.

There’s a generous peppering of throwaway one-liners throughout the typically scrambled storylines of Thor, most of them apparently improvised and designed to mock the seriously huge production effort on screen.

Shorn of his hippy hair and minus his almighty hammer, Hemsworth proves himself adept at slapstick while Blanchett does a killer job as the sleek, sexy villainess. Sealed in an unforgiving black catsuit and crowned with lethal antlers, she too drops a few golden lines in just the right spots. Indeed, her performance compares so well with the scenery chewing one she gave as the evil step-mother in Cinderella, you could develop a fan theory that the two characters are long-lost sisters.

As with most of these post-content superhero films churned out by Marvel, there are blasts of barely comprehensible exposition and story holes big enough to fly a star ship through. You do get the general gist of things but at times things move so fast it takes a second viewing to make sense of what is actually happening.

Visually, the film is a big step above the swirl of rubble we’ve been treated to recently by these films. Thankfully Waititi side-steps the blurry, frenetic visual style that has dogged so many Marvel films, including Thor 2, and actually works in a few scenes that involve nothing more than characters speaking to each other.

Hardcore fanboys trying to account for Thor’s sudden comic turn are likely to go crazy trying to fit him into the existing “universe”. Why is he so funny all of a sudden? Isn’t this a horrid violation of precious character?

Ah, forget that. The film’s joking doesn’t just make the adventure much more watchable – it’s certainly funnier than Antman or the massively overrated Deadpool – it clearly instructs diehards not to take the so-called Marvel mythology too seriously.

After all, there’s a scene where Thor learns the truth about his beloved hammer. Whether or not it was intended as a joke, it certainly places Thor squarely in the B-movie realm where things don’t really stand up to too much thinking.

And, of course, if you’re thinking too much in a film like Thor you’re missing the point. Much better to forgive its inconsistencies, go with the flow and enjoy it for the sci-fi lark that it is.

Strong atmospherics and a brooding, intense central performance by Michael Fassbender drive this fine, edgy, leisurely paced serial killer thriller. Based on the novel by Joe Nesbo and set in snow-blasted Norway, Fassbender plays a deeply flawed loner detective who is on the case of a killer who leaves snowmen as a signature. Directed with a love of long shots by Tomas Alfredson (Let the Right One In). Check out our interview with him here:

In this perfectly pleasant, innocuous Reese Witherspoon rom-com set in the upper-class streets of Hollywood – Need one go any further? Really? – Witherspoon plays a freshly separated mother with a collapsing career. She lives in the sprawling house left to her by her late-father, a maverick 1970s filmmaker ala John Cassavettes, and, in desperation, allows three budding young filmmakers to move into the guesthouse.

Her sexual attraction to one offers her some tension relief, which is promptly negated by her estranged husband (Michael Sheen) who is keen to get his family back together.

Written and directed by Hallie Meyers-Shyer (daughter of Nancy Meyers, maker of Something’s Gotta Give, It’s Complicated, The Intern and What Women Want), the film’s unapologetic fluff factor nonetheless has room for some well-judged life notes about fidelity, maturity and the difference that age really can make in a relationship.